The Power Of A Study Buddy | A GMAT top scorer speaks – StudyPal
Posted by admin | Monday, 29 February, 2016 | No Comments

I’ve taken the GMAT twice, so I know what you are going through – a month to test day, 70 hour weeks at work, struggling to keep up with your Manhattan GMAT OG tracker. The second time around I studied with a partner, which helped me achieve 720. I will narrate the successful experience to give you insight on the benefits of studying with a partner. 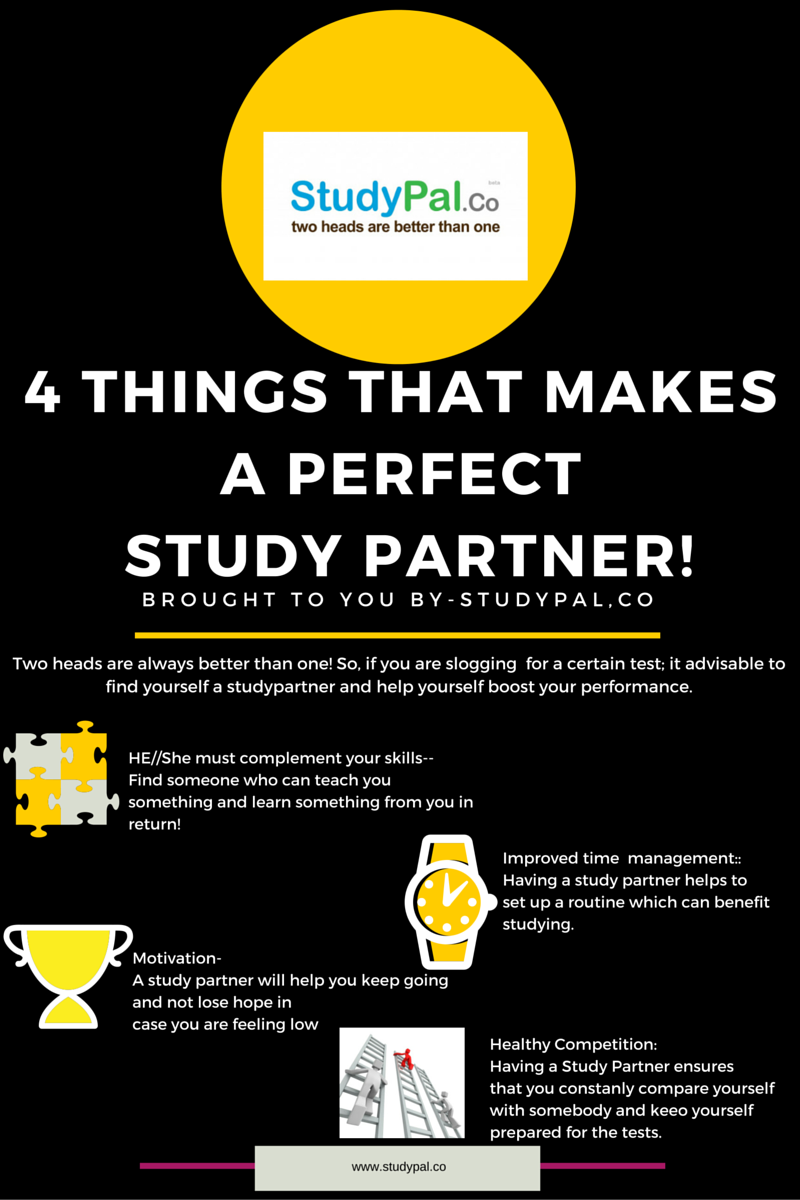 I was working in Investment Banking at the time, so needless to say I worked long hours and had to squeeze in GMAT prep at nights and occasional free weekends. Turns out chatting at the water cooler actually does help, because little did I know, a colleague in a different division was also in the same boat as I. So we decided to become study buddies and met up three times a week.

During our very first session we realized that our skills complemented each other’s. While I was strong in the Verbal Section, he was a Quant Guru who needed to improve his sentence correction and reading comprehension. Together, we tackled almost every OG question successfully. More importantly, through discussion we were able to flesh out sound reasoning that related back to the basic concepts, which we could then hone individually.

My time management improved and I became more efficient. Where I used to slip in an episode or two of 30 Rock during my numerous breaks and shamelessly still kudos myself on a hard night’s work, I could now get some much needed sleep rather than dream about Liz & Tracy. I stopped procrastinating! Once we established our study routine it was easier not to slack as we had preset breaks where we would discuss mistakes and doubts.

Most importantly, and most of you can sympathize with this, I got the motivation I needed to study. At times it really can get pretty difficult to solve those OG problems and read through the Manhattan GMAT Verbal books, there are 6 of them. But, by meeting at different locations such as coffee shops, local libraries and small eateries it became more social and just that little less painful. At least I wasn’t cooped up alone in my room late at night all the time. Funnily enough, studying with a partner also helped me study better individually as I wanted to prep better for our next session.

Studying with a partner also instilled in me that sense of accountability. I did not want to be the one who had not done the problems we assigned ourselves, and let down the team so to speak.  It would have also been a pretty unproductive session had I done that.

This experience made us both realise the importance of studying with a partner, someone who has a similar background to mine or whose work and study schedule are in sync with mine. That is thrwhy we started StudyPal.co, where you can find a StudyPal or a StudyGuru in your city studying for the same test as you.

Join Us and lets change the way people study. To find a study partner near you, sign up at www.studypal.co today!