IIT Kanpur student writes how having study partners made IIT a lot easier target.
A student of the Department of Mathematics at the prestigious Indian Institute of Technology, Kanpur, Gorank Dudeja writes why group study has been a boon to him while preparing for his IIT entrance.

Hi, friends! I am Gorank Dudeja, a student at IIT Kanpur studying B.Sc. in Mathematics. IIT-JEE is perhaps one of the toughest exams in the world, not only in India. So naturally, the preparation for the examination had to start early, and it was as early as the standard 9th (four years before the actual exam) that I systematically began my study prep.
Early years of preparation was a complete mess, as I used to study alone for JEE because my peers had no idea what they wanted to do in their life, so they were content with performing well in school. Caught in the crisis, my attempts seemed all at loss. I tried my best to solve questions from books like Concepts of Physics by HC Verma, but some of those questions used concepts that were out of my scope and with no one to consult or discuss my problems, most of my efforts went in vain. I was trying hard, but being alone in my endeavor was beginning to discourage and frustrate me.
After completing my 10th standard board examinations, the decision to switch schools proved to be a turning point for me. With new people around and less than two years of time at hand, I finally found few people who were determined and willing to crack the JEE.
We were six friends – I, Rahul, Shoaib, Neha, Himanshi, and Vansh formed a study group to meet our study goals. Rahul was quite proficient in Biology which was a sore subject for the rest 6 of us because JEE doesn’t have biology. So, he used to basically teach us Biology. I helped with the Mathematics, and in the process of teaching my friends, I discovered many tips and tricks which helped maximize my performance in the exams. 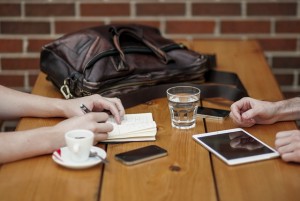 In short, group study helped each of us overcoming our difficulties and strengthened our concept fundamentals. Had it not been for it, I would never have breached the average line to become an IITian.

Inspired by this story? Wondering how to find a study friend? Gorank had to wait for two long years to find his ideal study partners, but now we have made that a lot easier. Forming study group is a lot easier now with StudyPal.co! With its free easy signup and search features which allow you to sort out study partners based on study time preference, level of preparedness, test date etc.; StudyPal is the perfect way to find yourself a study partner or form a study group to ace all your exams together. Sign up to find your perfect Study Partner today !